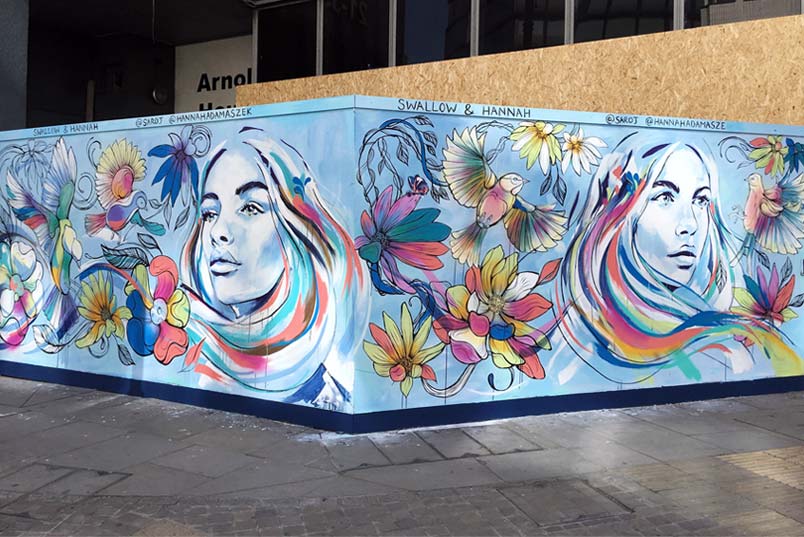 Beautiful Crime artists Saroj Patel and Hannah Adamaszek recently collaborated on a stunning new mural which can be found on Great Eastern Street in East London.  Known for their brightly-hued palettes, Saroj (street name, ‘Swallow’ after the many birds that have become a key motif in her work) and Hannah’s styles and subject matter complement

END_OF_DOCUMENT_TOKEN_TO_BE_REPLACED 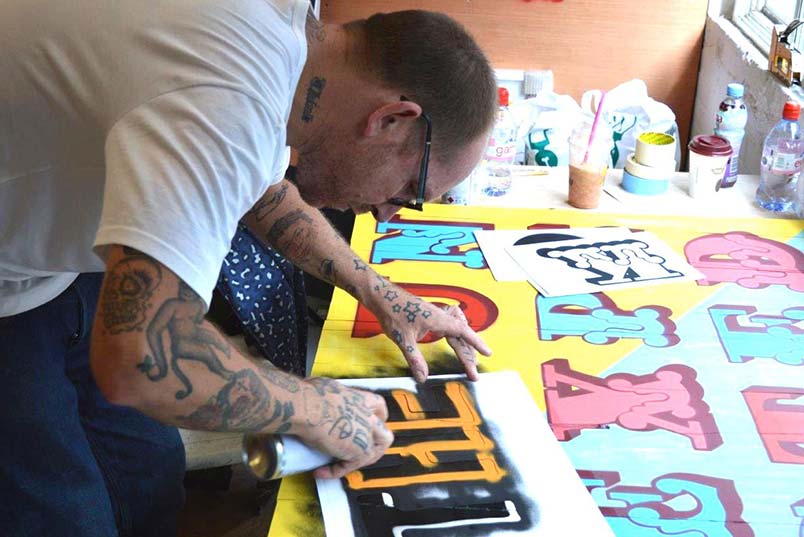 When Havana Club invited EINE to create an artwork for their recent Casa Havana pop in in London’s Soho, a visit to the encapsulating city itself left EINE with a new palette of inspiration. Here we interviewed him about his experience… What were the most exciting aspects of Havana / Cuba for you? I had

END_OF_DOCUMENT_TOKEN_TO_BE_REPLACED

Watch a sneak peak of Fin DAC hand-finishing some of the Coney Island Girl prints… In April this year, Fin DAC who is now globally renowned for his sell-out print releases and photorealist free-hand sprayed female portraits on walls across the globe, created a hand-finished print that takes inspiration from Fun Lovin’ Criminals’ song, ‘Coney Island Girl.’  The collaborative project marked Beautiful Crime’s 10th anniversary since we launched, and the Fun Lovin’ Criminals 20th anniversary since their seminal album, ‘Come Find Yourself’ launched.  This was Fin DAC’s first UK print release in over 3 years and to make the artworks particularly unique, each print has a hand-painted splash across the eyes and is hand-finished.

The incredibly detailed and skilfully executed original works on metal, canvas and bamboo as well as limited edition prints also feature various emblems the Fun Lovin’ Criminals have used throughout their history as a band – reworked as tattoos on the model’s skin, along with Beautiful Crime’s own dripping heart logo. Many of the metallic prints have now sold out, but Criminal Pink, yellow and red are still available.

All prints have hand-painted splashes across the eyes and the ‘Criminal Pink’ edition is signed by Fin as well as Huey, Fast and Frank from the Fun Lovin’ Criminals.

Take a look here for all of Fin’s available Coney Island Girl artworks.

The godfather of all street artists unveiled a ‘family theme park unsuitable for children’ last August and September, and one year on, we pay homage to what we along with many others consider to be one of the most forward-thinking creative endeavours by a street artist to date. Say no more really, with the elusive Banksy behind Dismaland, it was no surprise that the artist’s biggest project to date was shrouded in absolute hush, not much unlike the identity of the genius himself. The large-scale exhibition was set on a 2.5-acre seafront site in Weston-super-Mare, where those of local community were said to have been led to believe that the site would be home to a Hollywood film set. 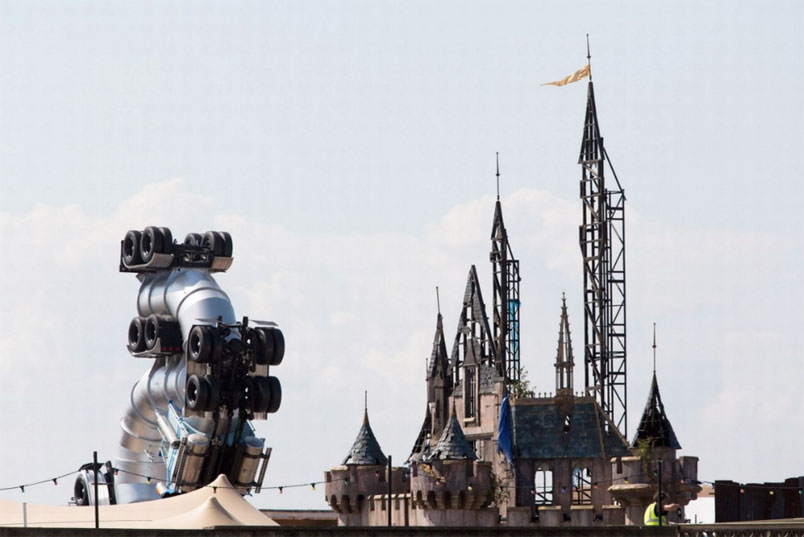 Followers of  Banksy’s older works will recognisably trace the name “Dismaland” back to one artworks from 201, in which Banksy depicted a stencilled Mickey Mouse holding a spray can with the head mast: Welcome to Dismaland” in Disney’s iconic bubble font.

The physicality of Dismaland, however, takes its own humorous spin on the traditional family day out, as seen in the official trailer below. Works by 50+ handpicked artists including Damien Hirst and Jenny Holzer were exhibited, as well as the artist’s very own ‘Cinderella crash site’ – a large castle that invites visitors to discover that the pumpkin carriage actually crashed, causing Cinderella and her horses’ death, and a swarm of life-sized paparazzi snapping away.